When living in a shared apartment you always have the chance of winning the jackpot or drawing one blank after the other (or how Leon would like to say: draw human cardboard plates – you do not need to wash them, just throw them away). After almost 12 weeks beeing in Malaga and experiencing different roomies as well as various classmates it is time for a quick conclusion. As mentioned in one of my former blogposts, most of the people I got to know during the last couple of weeks were more or less just Reise-Etappen-Freunde (literally translated: Journey-stage-friends), which came and went mostly on a bi-weekly basis without leaving a big impact on me or my journey. It does not mean that all those people weren´t nice or that we didn´t have a great time – on the contrary. It basically means that after their time they went without leaving a whole or the strong wish to stay in contact. But as most rules contain exceptions so does this. Today is the farewell party for two of my closest friends so far. In my opinion, you keep from every time in your live, from every experience 2-3 persons, who really become friends and with whome you achieve to stay in contact over the years (which is in my opinion more than just liking Facebook pictures).

Roomis and Friends of the first 12 weeks:

The first face I saw when I arrived in Malaga and enterred the door into my new home was a baby face called Leon. Unguilty 18 years, boy scout and also long-term-student in the same school as I am. Obviously waiting for another long-term-student he immediatelly began to gain my friendship with courtesies like: “You can use all the stuff in the kitchen I bought!” or “I cook, do you want to have some!” etc. Wow, I was impressed….until I first tried what he called cooking. Scrambled eggs…with mince!!! WTF, in which couisine do you eat eggs with mince??? Guess only in Leons World. But everybody deserves a second chance and it improved. At least a bit. What he called “cooking” this time were Frankfurter sausages, white bread, roasted onions, ketchup and mustard – a.k.a. Hot Dogs. Nice, but not a culinary masterpiece. I appreciated the effort but from now on I took over the cooking responsibility and I guess my dear friend was kind of happy that I did. The only other occasion when he used our kitchen equipment was when he accidently jumped into the sea with his mobile phone in his pocket. He thought it would be a nice idea to dry the phone in the oven…and to prevent that anybody steals the phone out of the oven, he tried to lock the oven by sealing it off with ducktape. Well done buddy. Of course the mobile phone was damaged beyond repair but at least nobody stole it. Besides the developable knowledge of cocking and usage of an oven, he also knew only half of the functionality of a refrigerator. He was a Master in taking food and beverages out of the fridge for preparing Sandwiches – but exactly at this point his knowledge ended. Always when I came into the kitchen, I immediately knew what kind of Sandwich Leoncito had prepared for breakfast, lunch or dinner because all the ingredients as well as plates, knives and other stuff were still on the counter. At the beginning, I put everything back into the fridge and cleaned the dirty cutlery for him. After a while, I dared to ask, whether he does not want to clean up his stuff. His answer was shocking and intelligent in the same way: “What do you mean? When I come into the kitchen the next time everything is cleaned already…like at home at Mums place…isnt´t that everywhere the same?”. What a bitch – so now I am his Mum, cocking, cleaning and checking that he isn´t late at school. And the last one – that he won’t be late for his appointments – was the hardest task of all. I guess during the eleven weeks we went to school together there wasn´t a single day when we were on time. One could say, I totaly failed in my effort to try to teach Leoncito a little bit punctuality, but I thing he did it on purpose. Because even at the days we were in time at the school, he spent 5 extra minutes in the cafeteria chatting just to be late in clase.

In general, I didn´t care about his attitude of beeing notoriously unpunctual but from time to time I was close to killing him. For example, as Germany played France in the Quarter Final of the World Cup we wanted to leave the appartment at 17:00. 16:15 I told Leoncito: 45 minutes to go; 16:30 I told him: 30 minutes to go; 16:45 I told him: 15 minutes to go….16:57 he smilingly walked into my room and had the checkiness to ask: “Daniel, do you know where my shampoo is?” – first I though it was a joke and he tried to tease me but the sad thing was: it wasn´t. “I have no f*** idea where your shampoo is but in 2 minutes we want to leave!!!” “Stay cool, I am ready soon…anyways, it’s only football!” … breath…deep breath…why do always I have to suffer? However, as life is, a chance for a revenge always comes…you just have to wait. At the end of his stay his girlfriend visited him and I was the choosen one to drive Leoncito to the airport to pick up his girlfriend. Allthough the plane only arrived at 18:30 he was nervous the whole day and asked a thousand times when we have to leave to be punctual…honestly, I guess it was the first time Leoncito used a watch in his life…but I had time. At he appointed hour he knocked at my door and found me lying in my bed in my boxers whatching a movie: “Hey, is it already so late, ooooohhhh sorry, didn´t notice. I won´t need long! …but Leon, could you tell me where my shampoo is?” …and I had time 😉

The second person, which accompanied me since my arrival in Malaga, is David. He was an intern at Debla and our personal Bocadillo (Sandwich) and coffee slave, as he ran the Cafeteria at the school. Besides this, David also was our semi-professional travel guide and organized almost every trip that we did during the last three month. Luckily, travel guide is not his real profession because otherwise he would have problems to earn his living. For example, his advise for our Gibraltar trip was: “We should park outside the country!” – that’s it, no more advises what to do, where to go? No! And when planning our route he always thought that we drive a 4×4. I don’t want to know how often my car touched the ground because we used roads, which were exclusevily for adventure holidays or motocross bikes (for more detailed information about this or other trips, just check respective blog posts). But, and that is a pro, almost all our trips were amazing or at least unforgetable events. Speaking of events, I guess we had no event without anybody having an accident. As long as David was here, all other participants were totally save because he attracted accidents like sweet blood attracts mosquitos. Falling in a tunnel, crashing on rocks while swimming, almost drowning because of the strong sea, having the worst sunburn, etc. – everything was on him (okay, I have to admit, I also had one little accident an almost broke two fingers – I guess David was just to far away). His farewell present for me was – amongst others – a frozen pizza. This was not because I so much like frozen pizzas, but because in his first week he bought this pizza, just to recognise back in the apartment he hasn’t got an oven. David, you could have come to our place and use our oven –  at least at times when it wasn’t occupied with Leoncitos mobile phone.

Alexandra was my other long-term room- and classmate. Before she arrived we only knew two things: First, she is from Poland. Second, our rooms do not have keys and cannot be locked. “Holy crap, what do we do” Leoncito and I thought. However, two days after she arrived we knew, that she perfectly fits into our apartment. Like a small little family Alex and I shared the care for Leoncito, from this time onwards also known as “Junior”. Together with Alex, Barbara arrived and for the first two weeks they were our party fraction. Once, they achieved to go out on Friday evening with not more than 10,- € each and succeeded to bring 7,- € back – and I wouldn’t say that they didn’t drink anything. They also managed to persuade two policemen to drive them from the police station home to the apartment because the taxi was to expansive and the way to far to walk. I guess I would have been arrested and spend the whole weekend in jail. But it wasn’t the only incident were police was involved. Alex also got visitors from home and had to fetch them at the airport. Actually, there were times when I didn’t really know how many visitors we had and sometimes I thought Alex had started a nice little Bed & Breaksfast for friends from Poland. – And we still hadn’t keys for our doors. Anyways, for picking up her friend, Alex borrowed my car and drove to the airport. Unfortunately she took a wrong street, which were only for buses and cabs  and parked Trixers car directly at the taxi stand (not that there weren’t signs). Surprisingly, a police officer came and friendly asked for drivers license and car registration. Not only that a girl from Poland drove a German car on a strictly forbidden street, she even hasn’t had a clue were to find the registration document. Only with the help of the police officer she finally figured out to look in the glove compartment, where she eventually found the document. This, however, didn´t solve all the problems, because as the police officer asked for the name of the owner of the car, she replied: Daniel Seeger. Of course, this wasn’t quite right, as the car is registered on my uncle. To sum up: a Polish girl in a German car on a forbidden street with no clue who is the owner of the car! I don’t know how she managed it but she neither got arrested nor a ticket! The officer just told, that she had to drive away…of course only after the friend has arrived. WTF. Slowly I begin to think that the Spanish police is kind of manipulable by beautiful girls!

I could write plenty more about Junior, David, Alex and Barbara and the stories we experienced toghether would fill a small book. You guys were definitely the best friends and roommates I could have wished for the start of my journey. Thanks to all of you for the great time and valuable experiences. I hope our ways cross sooner or later again and we will stay in contact.

Of course the four of them weren’t my only room- and classmates I had so far. Most of the others were great persons as well but unfortunately stayed only for a short while. Anyway, thanks to all of you guys, above all to Andi, Ted and Franzi, with whome I also had great time. 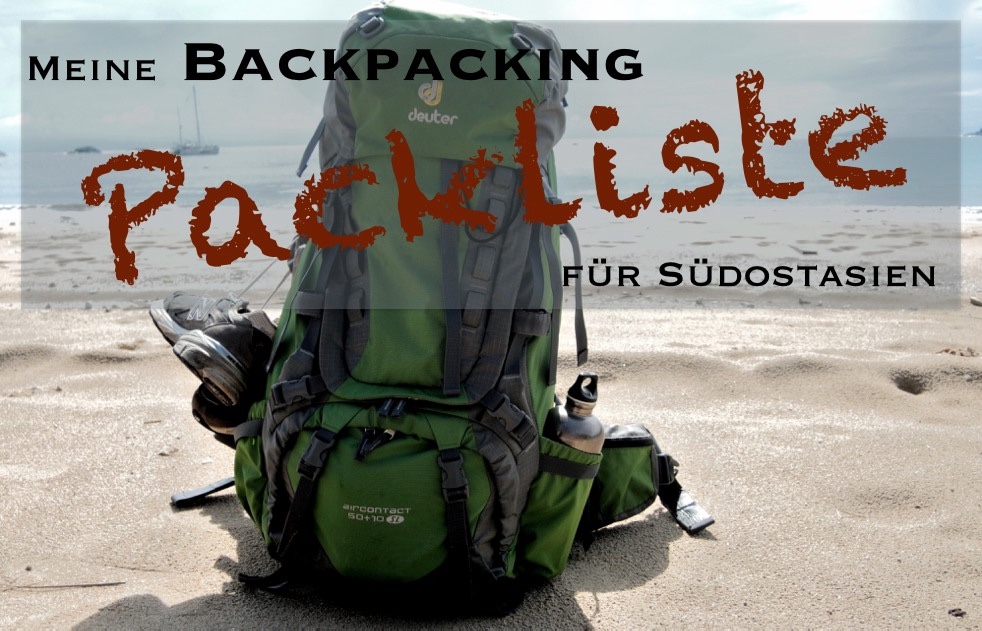